The rise of social media platforms isn’t a new story—we’ve been friending, liking, and @’ing each other since the turn of the millennium. (Anybody remember MySpace?) But it’s a story that’s still unfolding as the ways we use social media continue to evolve.

Look at Facebook, for example. It started out as a purely social platform, great for sharing photos, sharing your thoughts, and finding old friends. Now, in many places, it’s overtaken online bulletin boards like Craigslist when it comes to selling your stuff. With the addition of the Facebook Messenger app that enables direct messages between users, it’s become the go-to platform for carrying on private conversations too—and savvy brands are getting in on the action by adding Messenger for Facebook and Instagram, as well as WhatsApp, to their marketing, sales, and customer support arsenal.

From bricks to clicks

We’ve seen a massive shift in traditional retail models over the last two decades as businesses move from brick-and-mortar stores to selling online—a trend the global pandemic amplified and accelerated. That means more people are shopping online now than ever before. At the same time, consumer and brand adoption of social media messaging apps has skyrocketed, and different apps are popular in different regions—Line is the go-to in Japan, while WhatsApp rules in Latin America, Europe, and India. Traditional SMS is popular globally and in North America Facebook Messenger takes the lion’s share of messaging interactions.

Wherever you operate, it’s smart business to meet your customers where they are and offer them easy, asynchronous messaging with your brand. Add AI and automation into the picture and suddenly you’ve got the ability to scale conversations across the entire customer journey. Now, you can interact with customers on their platforms of choice—without hiring an army of chat agents to stand by around the clock.

So, where do you begin?

With so many apps and options available, knowing which one to integrate first can be a challenge. Which platforms do your customers care about? Where do they turn when they want to interact with businesses? As a gut check, and out of curiosity, I decided to poll my LinkedIn network to find out where my own peers prefer to interact with brands. LinkedIn only allows four poll options, so I combined Facebook, WhatsApp, and Instagram into one, pitting them against Google and Apple’s purely business-focused apps as well as SMS.

The answer was clear: Facebook owns B2C (or rather, C2B) messaging. To be fair, my network is heavily weighted to North America, where Facebook is the most popular messaging app to begin with—but the fact that so few folks saw any value in the other options suggests that people want to reach brands using the same messaging apps they’re already using to communicate with friends and family.

On the surface, it would seem to make more sense to turn to an app with the word “business” in its name when we need to contact a business. So why aren’t Apple Business Chat and Google Business Messages more popular?

Well, convenience, for one. Consumers are already using social channels—a lot. They don’t want to open a new browser window or app when they want to connect. Plus, learned responses are powerful. My theory is that over the years, we’ve learned to associate Facebook with commerce because about one third of Facebook exchanges are now marketplace interactions. So, it stands to reason that Facebook Messenger springs to mind when we need to reach out to a brand.

Instagram is another great example of a social media platform that’s tapping into the B2C market—not only has the app launched a new chat API, it’s also heavily focused on marketplace interactions, with clickable ads that support immediate, in-app purchasing. Think about how and where you learn about new products and services these days. You’re probably not flipping through the Sunday paper, are you? We don’t just use social apps to connect, we use them to shop. Conversational interactions are the next logical step.

Whatever region and industry you’re in, the end goal of any brand should be to deliver scalable omnichannel experiences. Creating consistency across touchpoints helps to strengthen personal connections and build brand loyalty. Portability is also key—which is why asynchronous messaging is a game-changer, and the ability to use messaging apps helps you be more accessible. For example, AirAsia uses WhatsApp to connect with customers in between flights, which is great for travelers who may not have access to a cellular network.

Every channel is different, each with its own unique set up and style, as well as limitations. Don’t get overwhelmed trying to decide where to start. Look at your customer demographics, what they care about, and which channels they’re using, and then start with the platform that they’re on the most. You can always add more channels later, once you get the ball rolling.

The easier you make it for customers to get what they need, the more likely they are to keep coming back. It’s time to start the conversation. 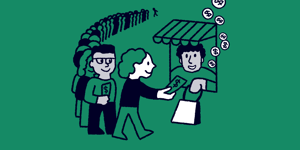 6 Reasons Why You Shouldn’t Support Your Customers With Email 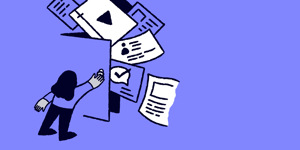 From Bricks to Clicks: Digital Transformation Guide in Prep for the Holiday Season 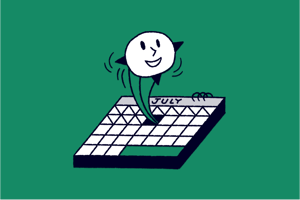